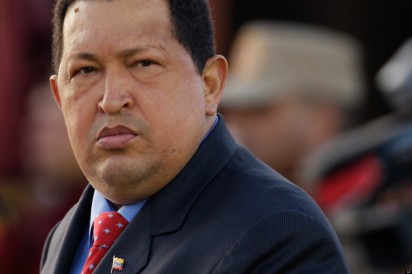 As expected Andrés Manuel López Obrador (AMLO) was elected president of Mexico by a landslide, he surely will control the congress and many state governments and will enjoy a high popularity which will allow him to change the constitution to gain dictatorial powers, AMLO will promote and be the direct cause of illegal immigration into the USA, AMLO will encourage drug and human trafficking into the USA, AMLO will soon imposed socialist views of the economy with wealth redistribution, AMLO will bankrupt industry and control food production and distribution, AMLO will re-nationalized the oil industry in Mexico, in an accelerated manner extreme poverty will be the normal way of living in Mexico, waves of desperate families will be at USA southern border, drug kingpins will roam free at plain view of authorities and protected by them showing up their wealth while Mexican will starve to death, basic services will collapse, electricity, potable water, roads, transportation, hospitals and education will all collapse.
All the above will occur while in the USA, swamp politicians will encourage our own citizens to blame President Trump and go on demonstration against everything our President is trying to do to protect us.
The root cause of family separation going on with illegal families entering the USA is not President Trump, is not even our own laws, the real reason and root cause of the problems are corrupt governments all over the world and impacting the USA the most, corrupt, tyrannical governments in central and south America and now in Mexico and the swamp politicians in DC refusing to recognize the true and act properly to help those countries to regain dignity and democracy but handcuffing the USA to do good in an evil world.
I know well the scenario I described above I lived through it in Venezuela, despite the best efforts of Venezuelans trying to regain our country from the thugs led by Mr. Maduro, now Venezuela one of the richest countries in the world is one of the poorest, the oil industry is in shambles, there is not services, education, hospitals, roads, transportation, not even money as it has not value, the minimum monthly salary for Venezuelans is less than a dollar and people and children are dying in the streets. El Cartel de los Soles (High military officers) is controlling now drug production and transportation to the USA and Europe fact known by the DEA, CIA, FBI and the DOJ but they ignore this reality to be politically correct and diplomatic and hide the reality of their ineptitude.
It is evident that my past post about the possibility of AMLO elected president of Mexico was ignored and the Mexican people ignored the lessons Venezuela provided to those who want to avoid a chaotic situation, the people in Mexico and the USA continue believing in swamp corrupt politicians promising everything to everyone with the clear intention of forever dominance and stripping We the People of our freedom, Venezuela had teaching them nothing nor they care what is going to happen to families being devastated by their pursue of evil.